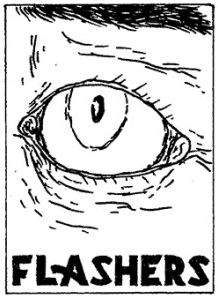 Favourite thing about this piece? The fish bone bit. Oh, and this AllFoods is on my jogging route. I considered providing a photo of it – of the AllFoods sign that hangs from the awning and blinks on at dusk, at least, because I doubt that the shop itself is still actually called AllFoods and this sign is just a relic – with the story, but thought I’d spare them that…

Big thanks to Tom and the Seizure mob on this one.